Published by clubbuzz on October 4, 2021

Oxted scored three goals in the last 14 minutes to overturn a two-goal deficit and beat the University of Durham in a thrilling game at Maiden Castle in the Men’s Premier Division.
They had trailed Durham heading into the final quarter thanks to goals from Raunaq Rai and Jack Stubbings but two goals from Peter Friend – the second coming just two minutes from time – drew Oxted level.
Not content to settle for a point, they fought to bag a winner and found it in the final minute as Nick Giles scored to give his side their second win of the season as they emerged 3-2 victors.
Old Georgians were also victorious for a second time in 2021/22 as they put five goals past the University of Exeter to move to the top of the table on goal difference, taking advantage of the absences Hampstead & Westminster and Surbiton as they were in EuroHockey League action.
Sam Ward added to his double from their first game by scoring four this time round, following on from James Tindall’s strike in the 14th minute. Exeter had the last say though with Patrick Hunter scoring in the final minute to ensure it finished 5-1.
Brooklands MU produced a stunning comeback of their own to deny East Grinstead a first victory of the season in a 3-3 draw.
East Grinstead were 3-0 ahead at half-time courtesy of goals from Jamie Wallace, Louis Gittens – the third consecutive game in which he’d scored – and a brilliant strike from Luke Emmett.
But goals from Andrew Rusbridge, Felix Tully and David Flanagan saw Brooklands take a point back up to Manchester.
In the other game in the top tier, Wimbledon moved level with Old Georgians, Hampstead & Westminster, Surbiton and Oxted on six points with their second win in as many weeks as they beat Holcombe 2-1.
Goals from Evan Kimber and Sam Hooper were enough to win the game for Wimbledon, despite Jake Owen’s 61st minute goal setting up a grandstand finish.
Having impressed in their opening game, Cardiff & Met doubled their goal tally this time round as they beat City of Peterborough 10-1 in Division One North. University of Nottingham were almost as ruthless in front of goal as they beat Deeside Ramblers 8-1, while Bowdon beat University of Birmingham 5-3. Loughborough Students recorded another impressive win as they overcame Sheffield Hallan 4-1, a result replicated by Cambridge City in their victory over Olton & West Warwicks.
Brighton & Hove scored a dramatic winner just 14 seconds from full-time to beat Havant 5-4 in a scintillating game in Division One South. They had led 4-2, only for Havant to claw themselves level in the 69th minute. But Jack Jones struck in the dying moments to give Brighton their first win of the season. Reading made it two wins from two as they beat Teddington 6-2, while Southgate and Oxford Hawks registered maiden victories this season as they beat Team Bath Buccs (3-1) and Old Cranleighans (2-0) respectively.
Old Loughtonians and London Edwardians continued their perfect starts to the Conference Eastseason with 3-1 victories against London Wayfarers and Bromley & Beckenham respectively. Indian Gymkhana overcame Wapping 5-4 in an absorbing game to register their first win of the season, with Richmond also tasting victory for the first time as they beat Spencer 6-3. There was also a maiden win for West Herts as they beat Hampstead & Westminster 4-2.
Harborne were made to work hard for their second win in the Conference Midlands as they battled their way past Harborne in another 5-4 classic. That result leaves them top, ahead of Barford Tigers on goal difference after they also recorded successive victories by beating Loughborough Town 4-2. Harleston Magpies also have an unblemished record after also winning for a second time, beating Khalsa Leamington 3-2. Lichfield remain unbeaten after beating Cambridge University 3-1 while University of Birmingham 2s recorded their first points of the season with a goalless draw at home to St Albans. 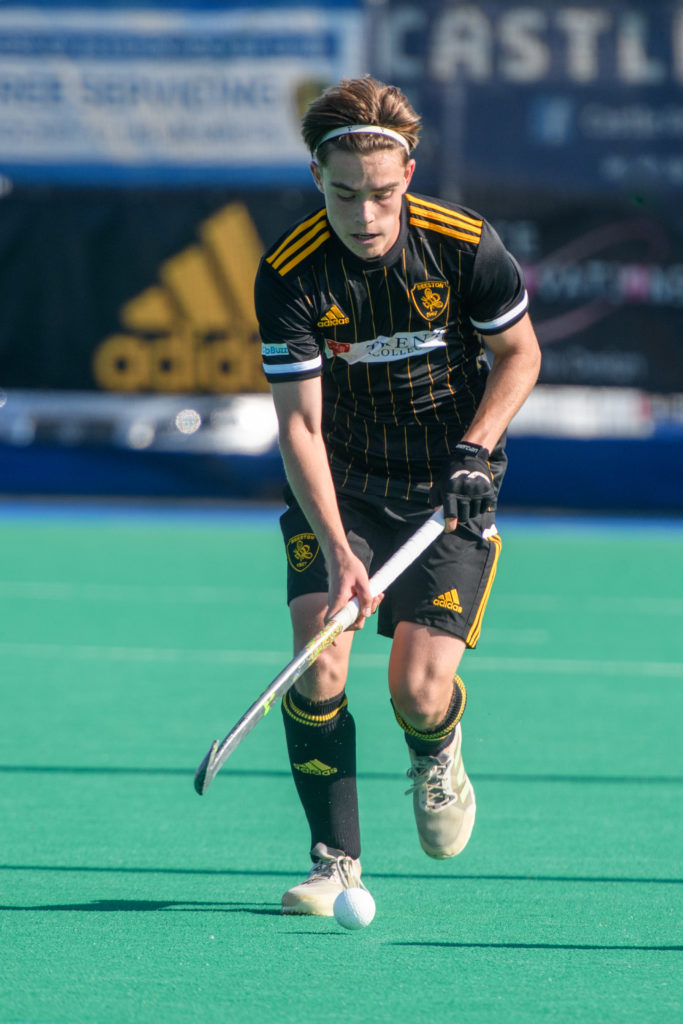 Timperley did the double over Wakefield in the Conference North as their men emerged 4-2 victors just a couple of hours after their women beat the same team 4-3. That was Timperley’s second win of the season but they sit third in the table behind Belper and Didsbury Northern on goal difference as they beat University of Durham 2s (2-0) and Alderley Edge (3-0) respectively. Having seen their game postponed last week, Doncaster and Leeds began in perfect fashion as the former overcame Beeston 2s 2-1 while the latter thrashed Preston 4-0.

In the Conference West, the University of Bristol made it two wins in as many weeks as they beat Fareham 5-2. Clifton Robinsons also achieved that feat as they emerged 4-2 winners away to Cardiff University, while Ashmoor (3-2 against Isca) and Plymouth Marjon (2-1 against Cheltenham) picked up their first wins of the season. In the other game, University of Exeter 2s drew 1-1 with Chichester.