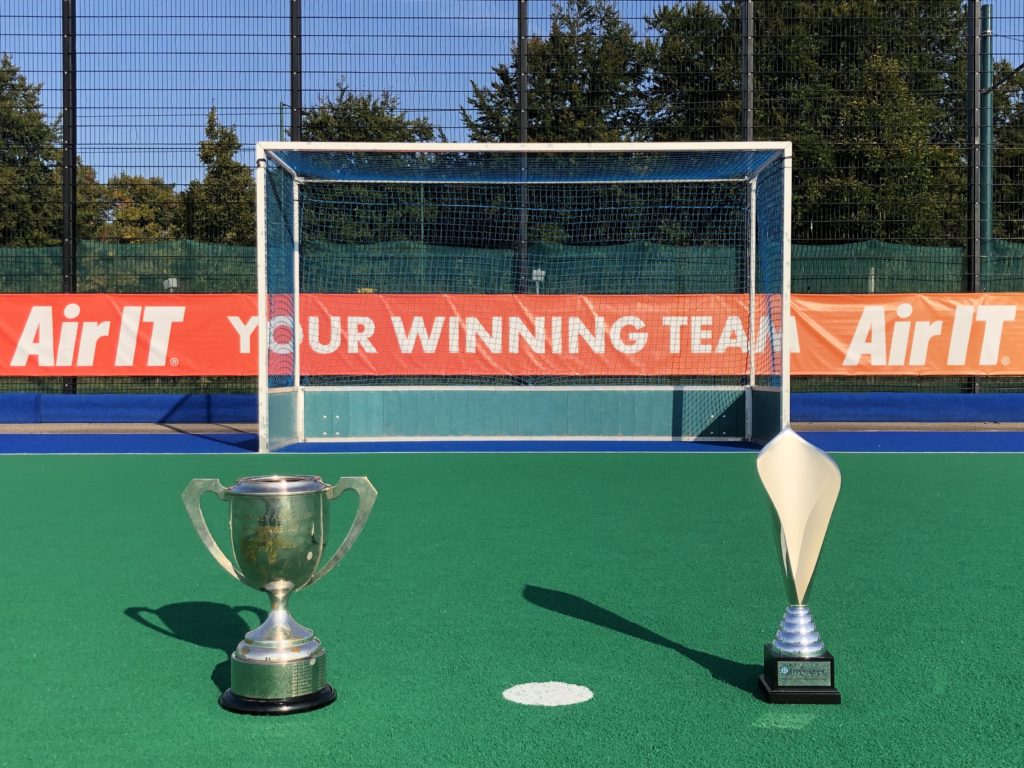 Beeston men claimed their 6th cup win in the last 13 years on Saturday with a 9-1 victory against Fareham at Nottingham Hockey Centre. This is off the back of a phenomenal cup final win by Beeston ladies 1st team the previous Saturday against Clifton Robinsons meaning the Bees secured their first ever men’s and ladies’ cup double.
Beeston Chairman and men’s first team manager, Graham Griffiths, commented:

“It’s remarkable that both our men’s and ladies teams are leading the way when it comes to the cup. I’m in no doubt that the cup has still not lost its magic and Fareham put on an exemplary display of competitiveness and good sportsmanship. I believe that if the prize for a cup win was a place in the Euro Hockey League, it would be the best, most exciting and most well supported competition in England.”

The England Hockey Championships held at Nottingham Hockey Centre over the last two weekends were a huge success and credit must go to all those staff and volunteers who supported the event. Amidst the shroud of coronavirus, hockey has returned in spectacular fashion, watched by thousands on Bee TV.
England Hockey match reports:-
Men’s T1 Final || Beeston 9-1 Fareham || Saturday 12th September
Beeston completed an EH Champs double as their men claimed the T1 title their women also won last week.
Sam Apoola scored four times and Gareth Griffiths bagged a hat-trick as the Nottinghamshire-based team swept past their opponents under glorious sunshine.
They led 4-1 at half-time with captain Adam Dixon opening the scoring before Apoola, Griffiths and Lucas Alcalde also found the target.
Fareham gave themselves hope just before the break through Alex Boxall but Griffiths and Apoola took centre stage in the second half to secure the title. Women’s T1 Final || Beeston 3-2 Clifton Robinsons || Saturday 5th September
Clifton dominated the early stages of the match, as the team shot narrowly wide before Jenny Rizzo in the Beeston goal came out on top in a 1v1.
The team did make their momentum count as Lily Webb pounced on a loose ball in the circle and tucked it away within the first five minutes.
Beeston recovered from the early pressure and responded well, Imogen O’Neill and Jillian Wolgemuth scoring within five minutes of each other on either side of half-time.
An end-to-end game with chances coming aplenty, Beeston were the next to make their chances count as Alice Huddlestone found the back of the net with only a minute left to play.
Though Claire Thomas hit back seconds later with a sensational finish, deflecting the ball into the roof of the net with devastating accuracy, it proved to only be a consolation as Beeston held onto their lead to secure the victory. 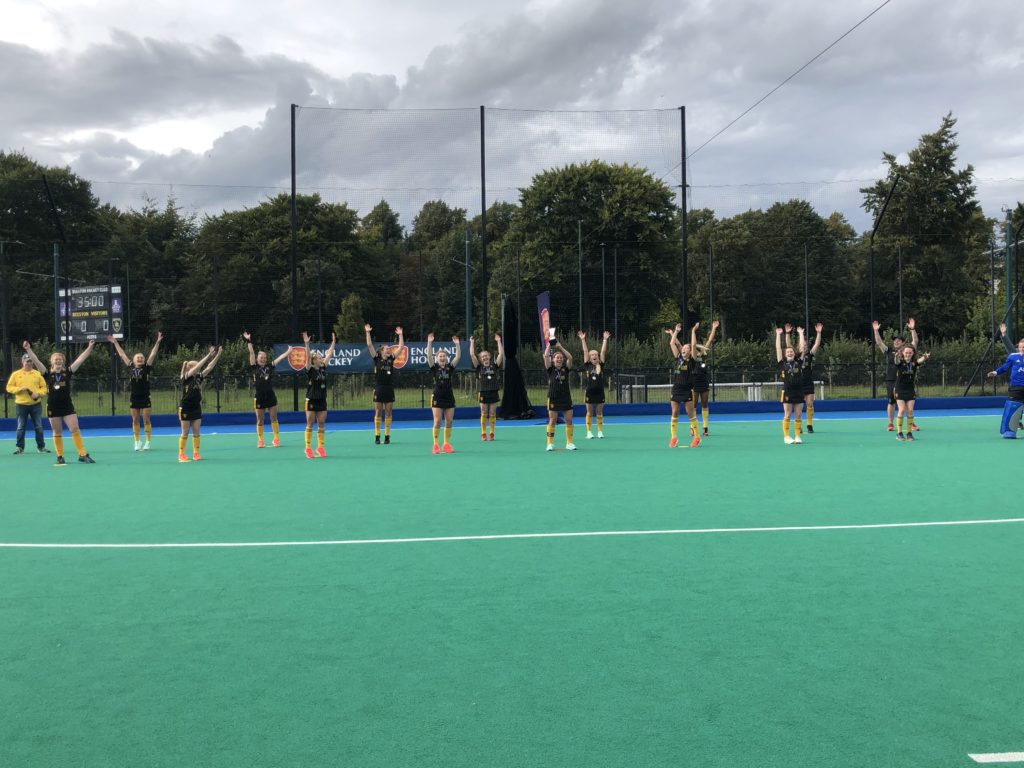